Salt has been used by humans for thousands of years, and human life depends on its chemical properties for survival. Originally used to preserve food for storage or transport, salt was not always as easy to obtain as it is now. In fact, it used to be so highly valued that it was used as currency in some cultures. 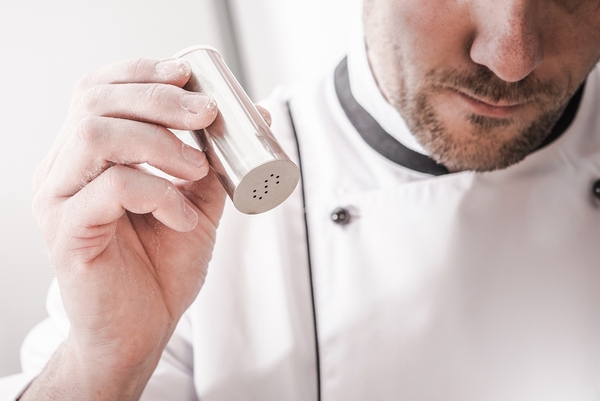 Humans not only love salt’s taste, they actually depend on salt for survival.

Salt is essential in maintaining human health, specifically in the function of nerves and muscles, and also in fluid regulation in the body. All animals require some salt for survival, and animals whose diets are salt deficient (like some farm animals) require access to salt blocks that they lick to ingest the sodium and chloride they need.

There are many types of salt you can buy for the foods you prepare, and while they have similarities, there are key differences. Here are the differences between ordinary table salt, sea salt, and Himalayan pink salt.

Ordinary table salt is heavily ground, and most of its trace minerals and impurities have been removed before it is packaged for store shelves. Anti-caking agents are also added to table salt so that it flows freely and does not clump together. Table salt is about 97% pure sodium chloride; and in many places, it also contains added iodine, since iodine deficiency can cause major health problems.

Because it is so finely ground, table salt has a different texture in foods compared to more coarsely-ground salts, like sea salt and Himalayan pink salt.

Sea salt is what’s left over after seawater evaporates. Sea salt is mostly sodium chloride, like table salt. However, its composition varies depending on the geographic region it comes from, and how it is processed. Typically, sea salt contains trace minerals including potassium, zinc, and iron.

Unfortunately, sea salt may contain trace amounts of heavy metals like lead, as well as micro-plastics, depending on its source of origin. Choosing a trusted source for sea salt can help you avoid these impurities. Sea salt, since it is more coarsely ground than table salt, has a different feel in the mouth, and a slightly different flavor. 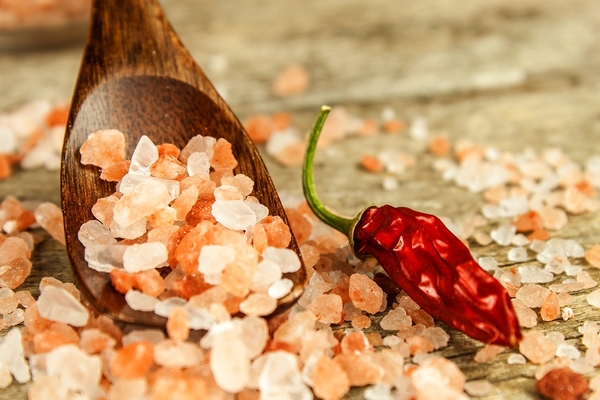 It’s pink because of trace amounts of iron oxide.

Himalayan pink salt has trace amounts of iron oxide, which is what gives it its pale pink color. It is mined in Pakistan, and also contains small amounts of calcium, potassium, and magnesium. This means that it is slightly lower in sodium than table salt. For example, table salt is typically 97% to 99.9% sodium chloride, whereas Himalayan pink salt is only about 87% sodium chloride.

Himalayan pink salt is believed to be composed of the dried remnants of an ancient, primal sea, the remains of which are located deep beneath the Himalayan mountains. It is used as a substitute for table salt, and also as a meat and fish preservative.

New Thinking on Salt and Hypertension

Salt has long been blamed for aggravating high blood pressure. However, new research is promoting skepticism about the link between salt and hypertension, and is showing that the relationship between the two is less clear-cut than once thought.

A recently-concluded, 16-year study by researchers at the Boston University School of Medicine expected a direct correlation between salt consumption and blood pressure. But they found that participants who consumed less than 2,500 milligrams of salt per day had higher blood pressure than those who consumed more than that. It was the opposite of what they expected!

Other recent studies have found that sugar consumption may have a greater effect on blood pressure than salt consumption does. Only recently in human history have people consumed the amounts of sugar that they do today, and the high levels of sugar consumption have correlated with higher rates of hypertension, diabetes, and metabolic syndrome.

In short, avoiding sugar is perhaps more important than avoiding salt. Your choice of salt depends on factors like taste, convenience, cost, and your desire for the presence of minerals other than sodium. If you have questions about healthy eating and lifestyle practices, we encourage you to contact us at any time.

Lisa Jubilee is a New York State Certified Dietician-Nutritionist, who has been counseling individuals on sustainable weight management and disease prevention for over 20 years. Her mission is to empower individuals to obtain healthy food relationships and to clearly understand the concept of food as medicine. Lisa chose to create a functional nutrition practice where what, why and how we eat are all part of the conversation. There is no One-Size-Fits-All dietary approach, but Ms Jubilee has experienced great success utilizing specific dietary protocols such as intermittent fasting, time restricted eating, low carb/ketogenic dietary regimens and AIP (autoimmune protocol) in her practice. In 2006, Lisa co-founded Living Proof Nutrition Strength Pilates, a private nutrition, HIST (high intensity strength training) and Pilates studio, located in midtown Manhattan.

As of March 2020, in order to continue to service her clients and the public at large during the Covid-19 pandemic, Lisa has begun offering all of her nutrition counseling and support services remotely. Feel free to contact Lisa with any questions: Lisa@livingproofnyc.com