Why Wheat May Be Harmful to Your Health

Evidence of cultivation of wheat goes back over 11,000 years to a region that is located in what is now the southeastern region of Turkey. Cultivation of early wheat varieties soon expanded to Greece, Cyprus, India, and Egypt, and later on to present-day Germany and Spain. The Egyptians were apparently the first to bake bread, and plows were introduced to the wheat planting process as long ago as 3000 BCE! 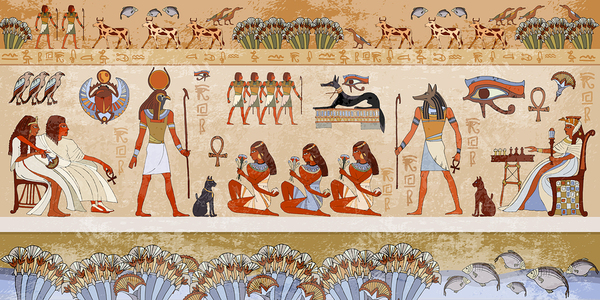 The ancient Egyptians were the first to bake bread.

So, are grains the “staff of life” as they are labeled in some religious traditions, or are they nutritional “crutches” that do an inadequate job of replacing nutrient-dense vegetables, fruits, and seeds that were intrinsic to the Paleolithic diet? Most of today’s “diseases of affluence” like heart disease and type 2 diabetes are linked to consumption of a grain-heavy diet. It may be that the shift to the increased consumption of grains 20,000 years ago did not give the human digestive system sufficient time to fully adapt to a diet that includes large amounts of grains.

What Is Gluten Sensitivity and How Prevalent Is It?

Did you know that the word “gluten” actually comes from the Latin word for “glue,” and that some of the earliest glues were in fact derived from water mixed with wheat flour? In other words, gluten is sticky and hard to digest, and this is because it contains high numbers of disulfide bonds. And over the centuries, some varieties of wheat have developed up to a 50% increase in gluten content.

Celiac disease, an immune-related intestinal disorder that is triggered by consumption of gluten, is present in around 1% of the population of the United States. Gluten sensitivity may be present in up to 13% of the population. Considering how relatively new wheat is in the typical human diet, and how the human digestive system evolved for a diet containing much less wheat than people consume, it’s possible that an even higher percentage of the population has a sensitivity that doesn’t manifest as the characteristic digestive disturbances of those with full-blown celiac disease.

What We Eat Affects How Genes Are Expressed

The mapping of the human genome has largely put to rest the concept of one gene leading to one cellular behavior. Epigenetic factors, which are those not controlled by genes themselves, have a major influence over how DNA is interpreted and expressed. Factors like regulatory proteins and environmental factors determine which genes “turn on” and which remain silent, which is how a liver cell “knows” it is a liver cell and not a skin cell, for example. 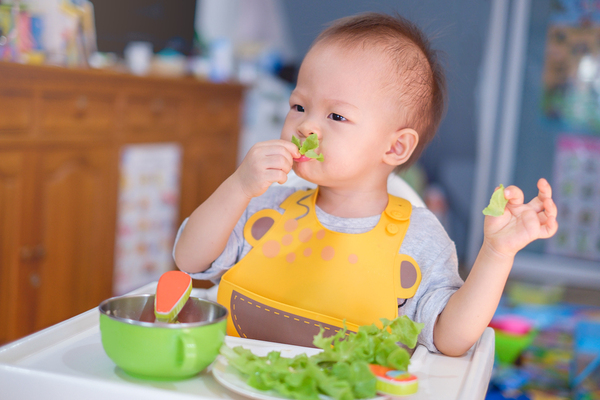 Countless factors, including what we eat, affect how our unique genetics are expressed.

Epigenetic factors are in turn influenced by the nutrients we take in, as well as exposure to pathogens, chemicals, and other environmental factors. It may be that gluten sensitivity is actually a protective response to ingestion of a substance that the human body is not designed to use.

Ways Wheat Can Be Harmful to Health

Whether or not you are sensitive to gluten, you’re wise to limit the amount of wheat in your diet, because it can contribute to a number of different health issues. Here are some of the most common negative effects of wheat on health:

When you are able to get the nutrients in wheat from other products, like nuts, fruits, and vegetables, you avoid these potential problems.

Wheat has been a staple of the human diet for thousands of years, but that doesn’t mean that it is ideal. Over time, wheat has evolved and been bred to have higher levels of gluten. High gluten levels may not just be a problem for people with celiac disease and gluten sensitivity, but for people whose sensitivity to gluten isn’t evident in the form of digestive upset. When you can replace wheat with more complex foods like nuts, meats, vegetables, and fruits, you spare your digestive system from gluten-related troubles and may find that your overall health improves too. If you have questions about gluten or other dietary issues, we invite you to contact us at any time.

Lisa Jubilee is a New York State Certified Dietician-Nutritionist, who has been counseling individuals on sustainable weight management and disease prevention for over 20 years. Her mission is to empower individuals to obtain healthy food relationships and to clearly understand the concept of food as medicine. Lisa chose to create a functional nutrition practice where what, why and how we eat are all part of the conversation. There is no One-Size-Fits-All dietary approach, but Ms Jubilee has experienced great success utilizing specific dietary protocols such as intermittent fasting, time restricted eating, low carb/ketogenic dietary regimens and AIP (autoimmune protocol) in her practice.

In 2005, Lisa co-created Living Proof Nutrition Strength Pilates, a private nutrition, HIST (high intensity strength training) and Pilates studio, located in midtown Manhattan. The inspiration behind Living Proof was to create a private fitness and wellness space, where the importance of nutrition and functional movement are emphasized in tandem.

As of March 2020, in order to continue to service her clients and the public at large during the Covid-19 pandemic, Ms Jubilee is offering all of her nutrition counseling and support services remotely. Feel free to contact Lisa with any questions: Lisa@livingproofnyc.com

Eating The Rainbow For Optimal Nutrition

Eating The Rainbow For Optimal Nutrition